CMSI at the Exploratorium (November 2014)

CMSI at the Exploratorium 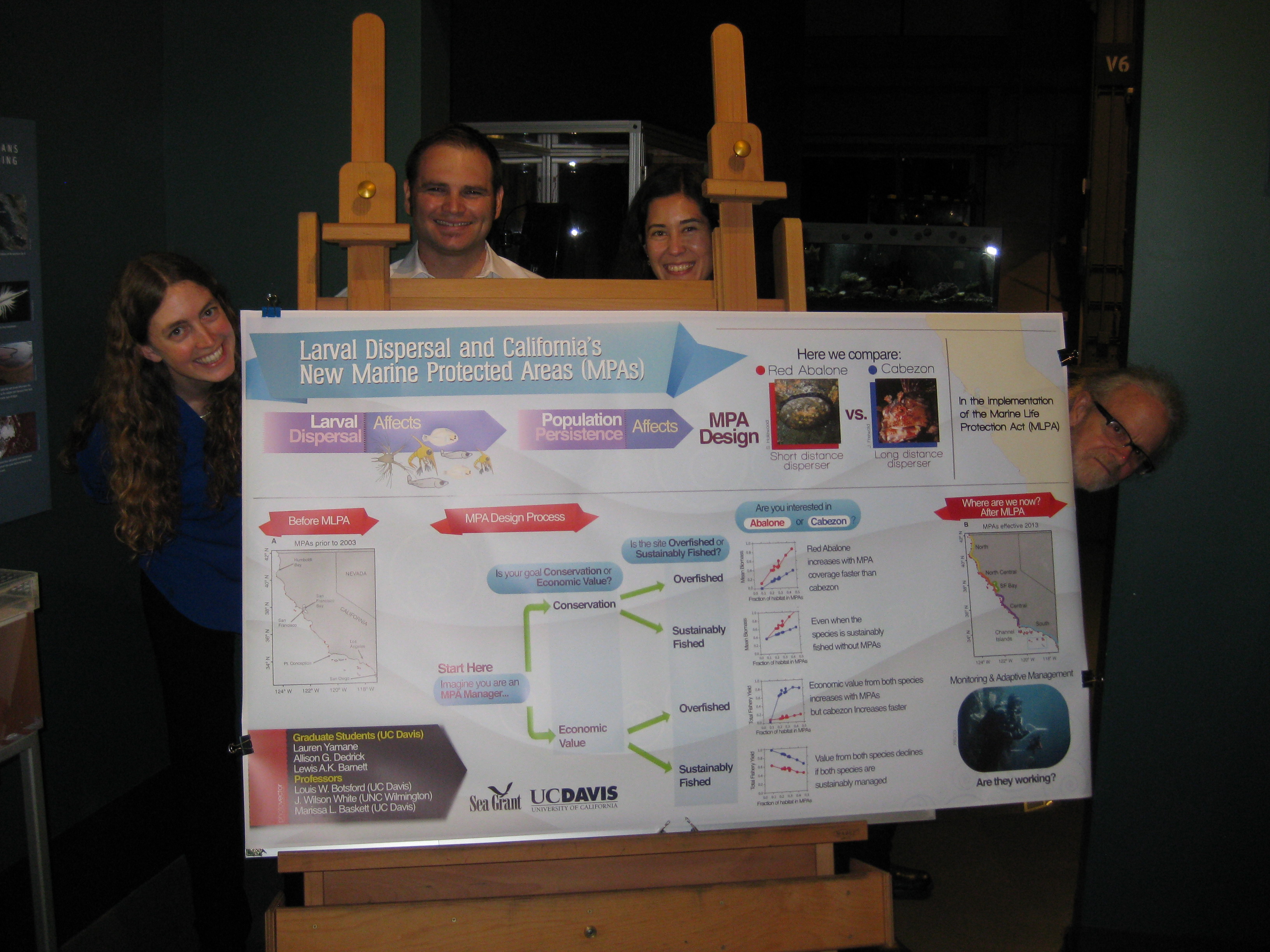 The Coastal and Marine Sciences Institute had an evening event at the Exploratorium in San Francisco to celebrate their new partnership to further research and effective science communication. CMSI faculty and students created displays to share with invited guests, UC Davis alumni, and UC Davis administrators. The Botsford lab presented a poster describing the role of larval dispersal in the performance of MPAs in California's new network of MPAs. Talking heads are Allison, Lewis, Lauren, and Loo. 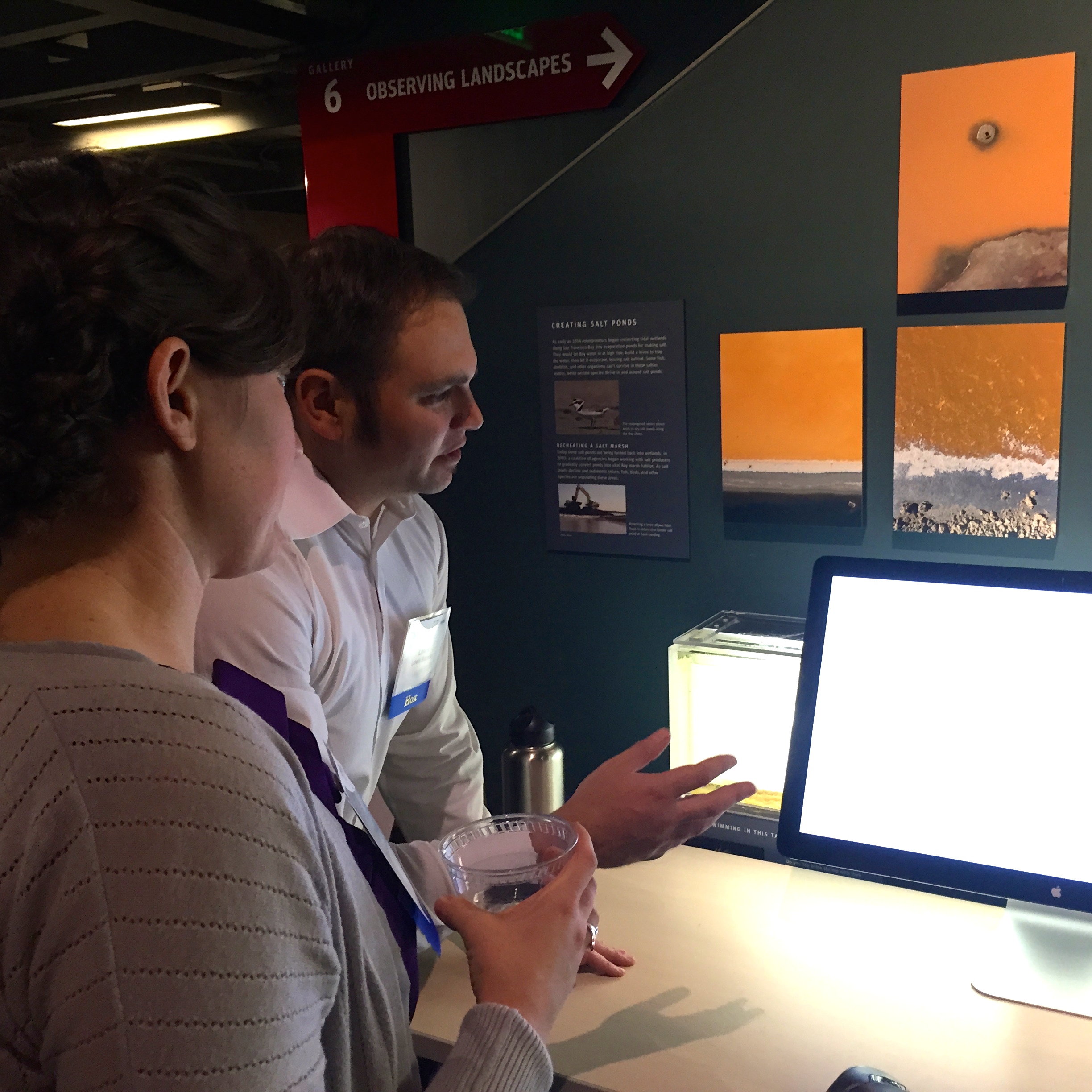 Lewis using a model to show how MPA performance depends on larval dispersal and fishing level to a visitor at the Exploratorium. 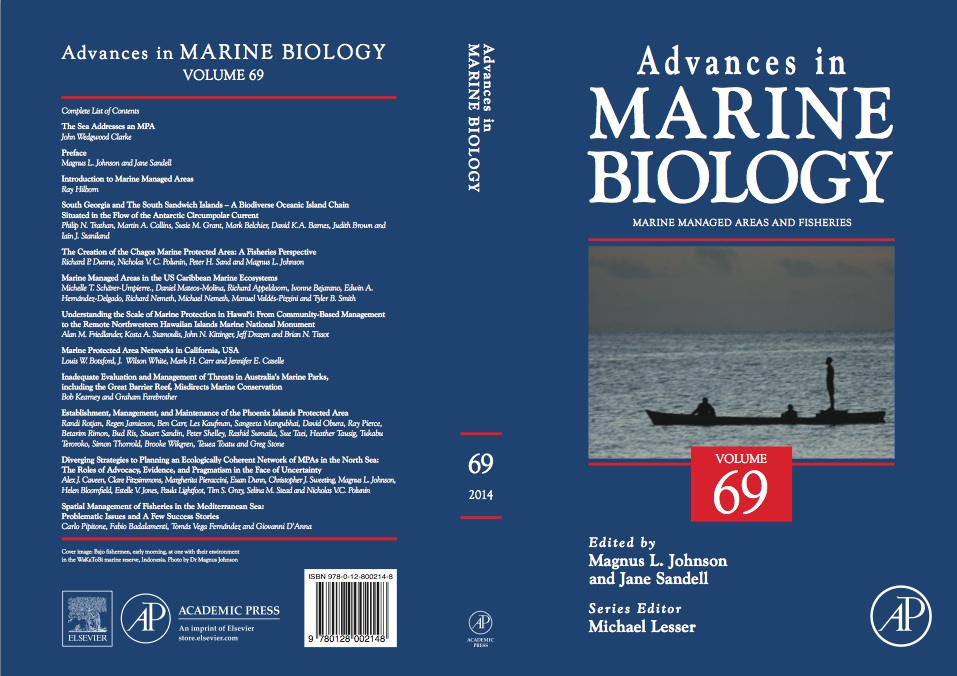 In early November Volume 69 of Advances in Marine Biology will be published by Academic Press, an imprint of Elsevier.  This book, edited by Magnus Johnson and Jane Sandell, is a collection of 11 descriptions of the implementation of MPAs around the world, along with an introduction by Ray Hilborn. Chapter 6 is a description of the implementation of the MPAs along the California coast, mandated by the California's Marine Life Protection Act of 1999. 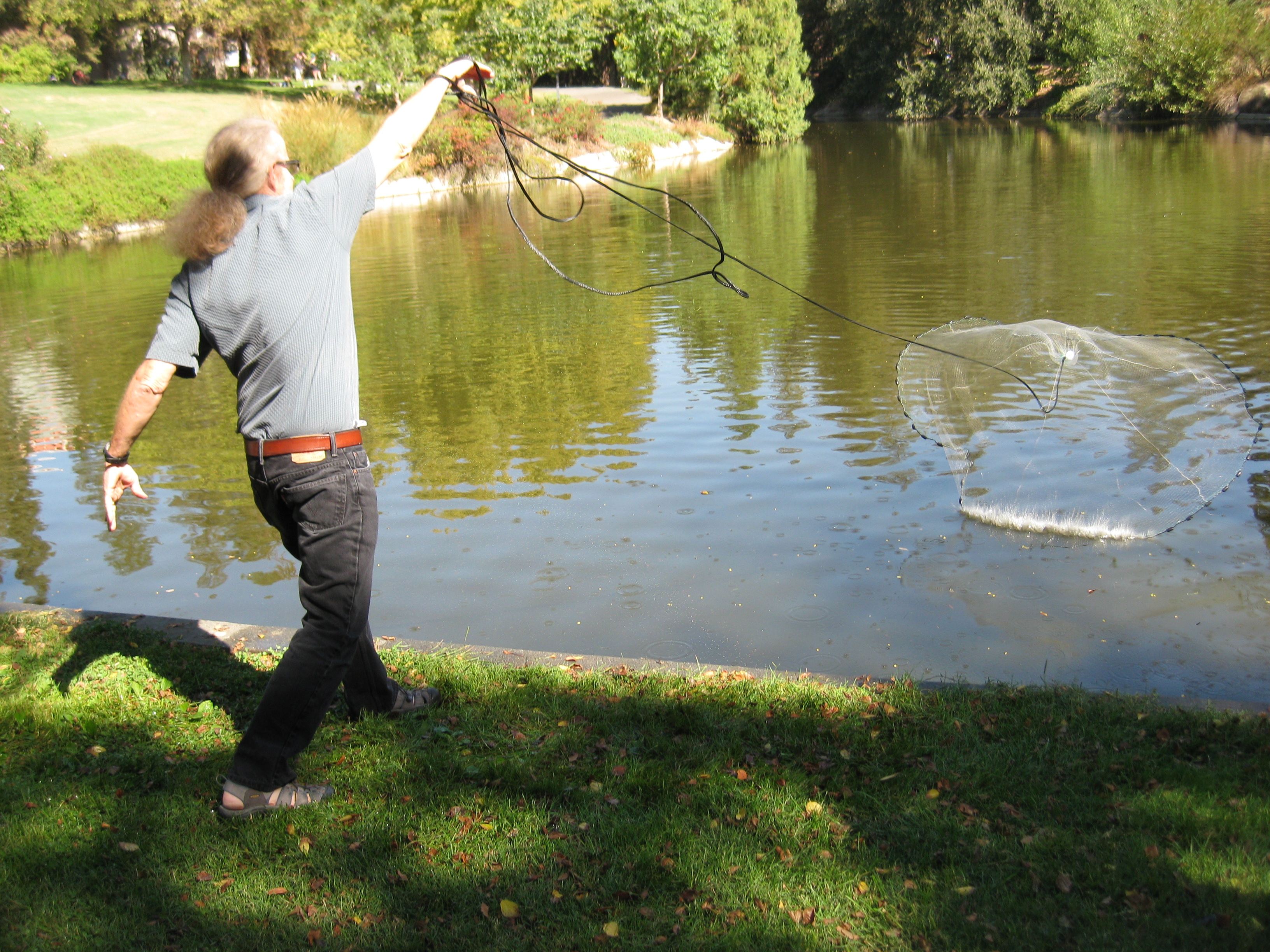 Loo, Allison, and Lewis attempt to catch fish in the arboretum at an American Fisheries Society Davis Subunit event. 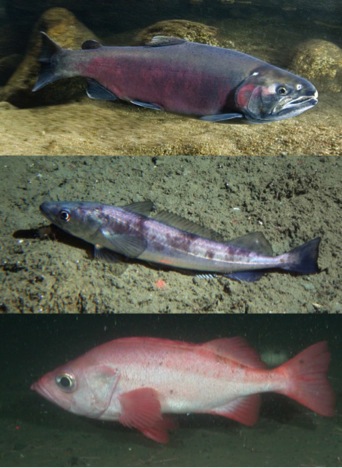 We were notified that the publication

had been selected as an Editor's Choice in the ICES Journal of Marine Science. You can see the description on the home page of the journal. This publication described how the effect of fishing on the cohort resonance effect varied with species longevity by comparing cohort resonance in three species: coho salmon, Pacific hake, and Pacific Ocean Perch.

July 2013:After many planning meetings and a few reports, the Coastal and Marine Sciences Institute was formed with Professor Rick Grosberg as the Founding Director. 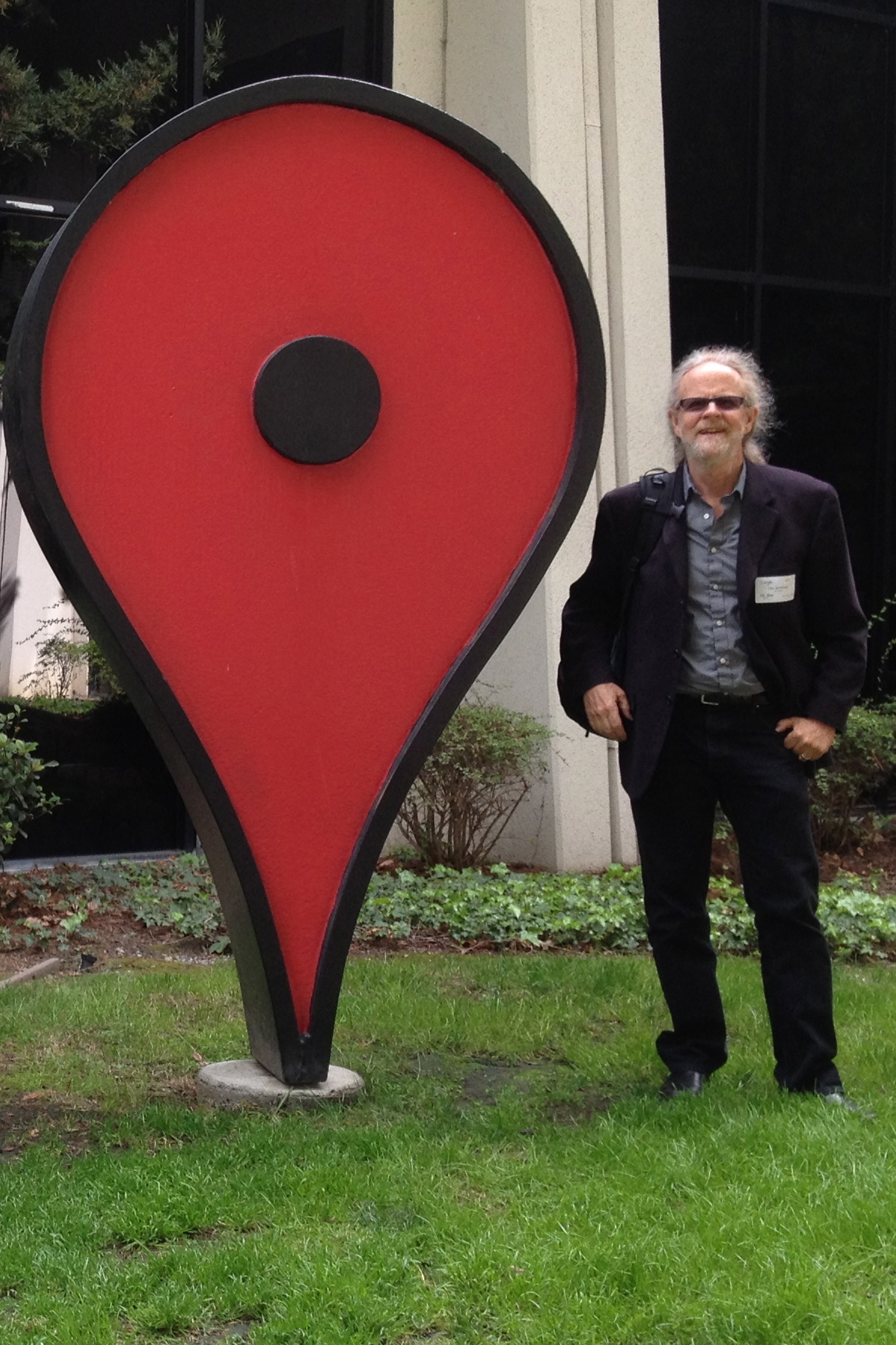 Loo makes the trip to Google in Mountain View to see a demo of the ocean part of Google Earth, along with colleagues from the nascent Coastal and Marine Sciences Institute.

February 27 - March 1, 2013: Two postdocs from the lab gave talks at the State of the California Central Coast Symposium in Monterey. This was a meeting of resource managers, policy makers, stakeholders and scientists to reflect on the first five years of marine protected areas in the California Central Coast Region of the Marine Life Protection Act.  Will White gave a talk entitled "Expected population responses to the implementation of MPAs on California's Central Coast" and Kerry Nickols gave a talk entitled "Interpretation of population observations from the first 5 years of MPA monitoring in Central California." Will explained why it was likely too early to expect to see a response in the abundance or mean size of the fish in the MPAs. Kerry showed that in fact, the data on abundance and mean size showed little response. The data were from the PISCO group, and Mark Carr and Dan Malone were coauthors.  The research we presented was supported by the California Sea Grant College Program.

To see these presentations go to http://oceanspaces.org/organization/state-california-central-coast-symposium/videos and scroll down to the talks.

Sal and Taylor on the Today show

August 14, 2012: Gruppo alumni, Taylor Chapple and Sal Jorgensen, appeared on the Today show this morning  to talk about their ongoing work tagging great white sharks.  See it at http://www.today.com/video/today/48659866. Sal is currently with the Monterey Bay Aquarium, and Taylor is a researcher with Barbara Block's group at Hopkins Marine Station, part of Stanford University. Their appearance was associated with the showing of the film "Great White Highway" on the Discovery Channel. 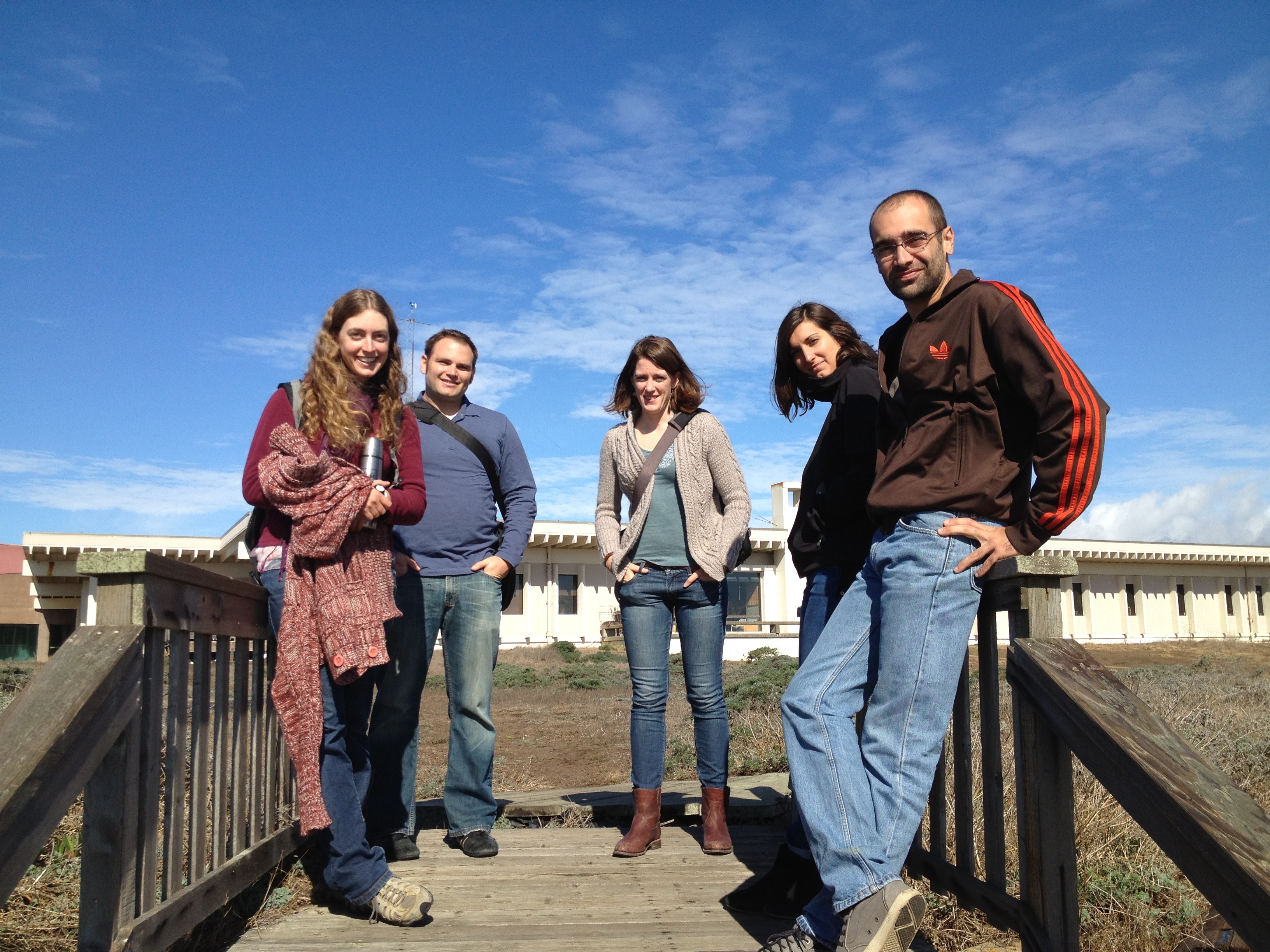 May 2-4, 2012: With the increasing efforts toward Ecosystem Based Management, and the looming potential for substantial changes in marine ecosystems from climate change, a number of quantitative approaches to describing marine ecosystems for management purposes were emerging.  There had been some efforts to compare and evaluate these, but there was a need for further comparison, contrast and evaluation in the context of the specific management issues that need to be addressed.  Loo, Alan Hastings and John Largier therefore planned and conducted the first research symposium for the anticipated Coastal and Marine Studies Institute. 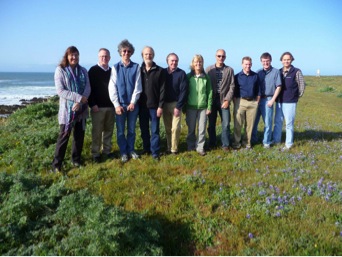 This symposium was sponsored by some of the last remaining funds of the US GLOBEC program of NSF and NOAA. The following publication resulted from that symposium:  Collie, J.S., L.W. Botsford, A. Hastings, I.C. Kaplan, J. L. Largier, P. A. Livingston, E. Plaganyi, K.A. Rose, B.K. Wells, F.E. Werner.  2014.  Ecosystem models for fisheries management: finding the sweet spot.  Fish and Fisheries, DOI: 10.1111/faf.12093.

May 5, 2010: Under the auspices of the campus Center for Aquatic Biology and Aquaculture, we organized a symposium entitled “Factors Influencing the Salmon Decline in California and the Pacific Northwest”.  The symposium was funded by the Delta Science Program and the UC Davis Center for Ecological Theory. To hear the talks by Bill Peterson and Steve Lindley of the National Marine Fisheries Service, Manu Di Lorenzo of the Georgia Institute of Technology and Jim Cloern of the US Geological Survey go to http://caba.ucdavis.edu/seminars/2010/factors-influencing-the-salmon-decline-in-california-and-the-pacific-northwest.